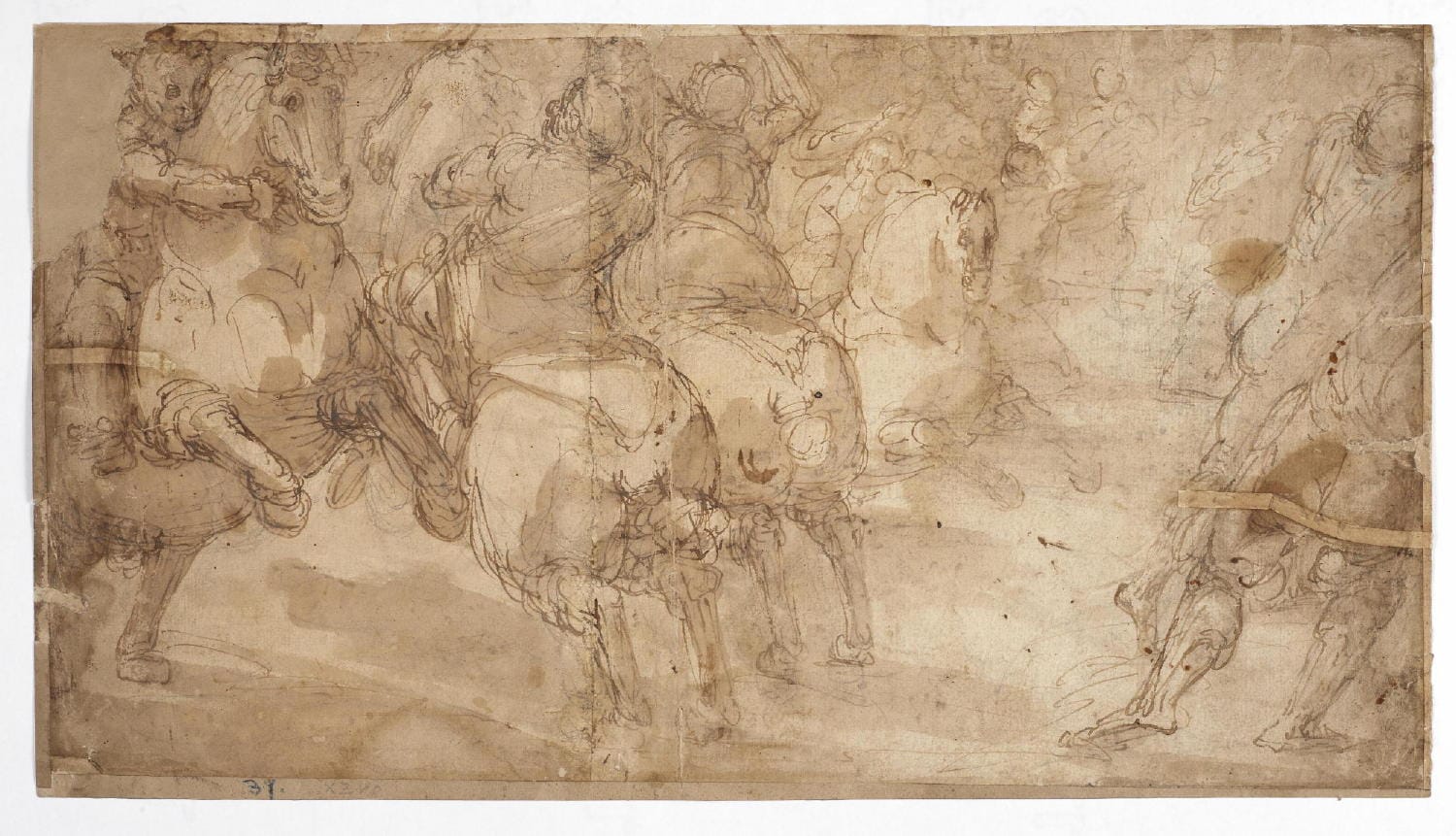 A student of Giovani Battista Paggi, whose studio in Genoa was an important centre of the local artistic tradition, Giulio Bensos earliest known works date from 1622, although it as not until late 1630s that he began to attain a measure of success. He often competed with Andrea Ansaldo for commissions, and both painters were known in particular for their mastery of aerial perspective. Benso painted architectural scenes for a number of Genoese palaces, and altarpieces for churches in and around the city. Among his most impressive religious works are the vault frescoes in the presbytery of the Genoese church of Santissima Annunziate al Vastato. In 1648 Benso painted a fresco of the Fall of Phaeton for the Palazzo Grimaldi in Cannes-sur-Mer, and in 1655 he decorated the vault of the chapel of the Palazzo Ducale in Genoa.

In July 1628, following the death of his master Paggi, Benso travelled to the German town on Weingarten. There he began a longstanding association with the Father Gabriel Bucelin (1599-1691), a Benedictine monk who was to be his first major patron. Beginning in 1629 with an altarpiece of The Virgin and Child with Saints Benedict and Scholastica and continuing almost to the end of his career, Benso provided Bucelin with several dozen paintings for the Benedictine abbey at Weingarten.1

The figures on the verso are copied from Perino del Vaga's fresco of Jupiter Destroying the Giants in the Palazzo Doria, Genoa. It is interesting to have evidence of the influence of Perino's work on later artists in Genoa. The drawing on the recto suggests that Benso was working on a scene of dramatic devastation and was inspired by Perino's composition. Our drawing is closely comparable to one recently on the art market in 2005. This drawing, now in the Zerbone collection in Genoa, was recently published in the 2007 exhibition. 2 Stylistically these drawings are very close, indeed the verso is after another section of the same fresco by Perino. The drawings are almost identical size, and are both drawn on two sheets on paper and in the same medium. They must be connected to the same project and date. Stefania Lumetta, who is also working on the artist, dates our drawing early in his career, when he was under the patronage of Giovanni Carlo Doria. 3

Other comparable drawings include Christ and the Adulterous Woman which is dated to 1638-39. The pen work and figure drawing is comparable to our drawing.4

The attribution has been confirmed by both Mary Newcome and Jonathan Bober on the basis of digital photographs.