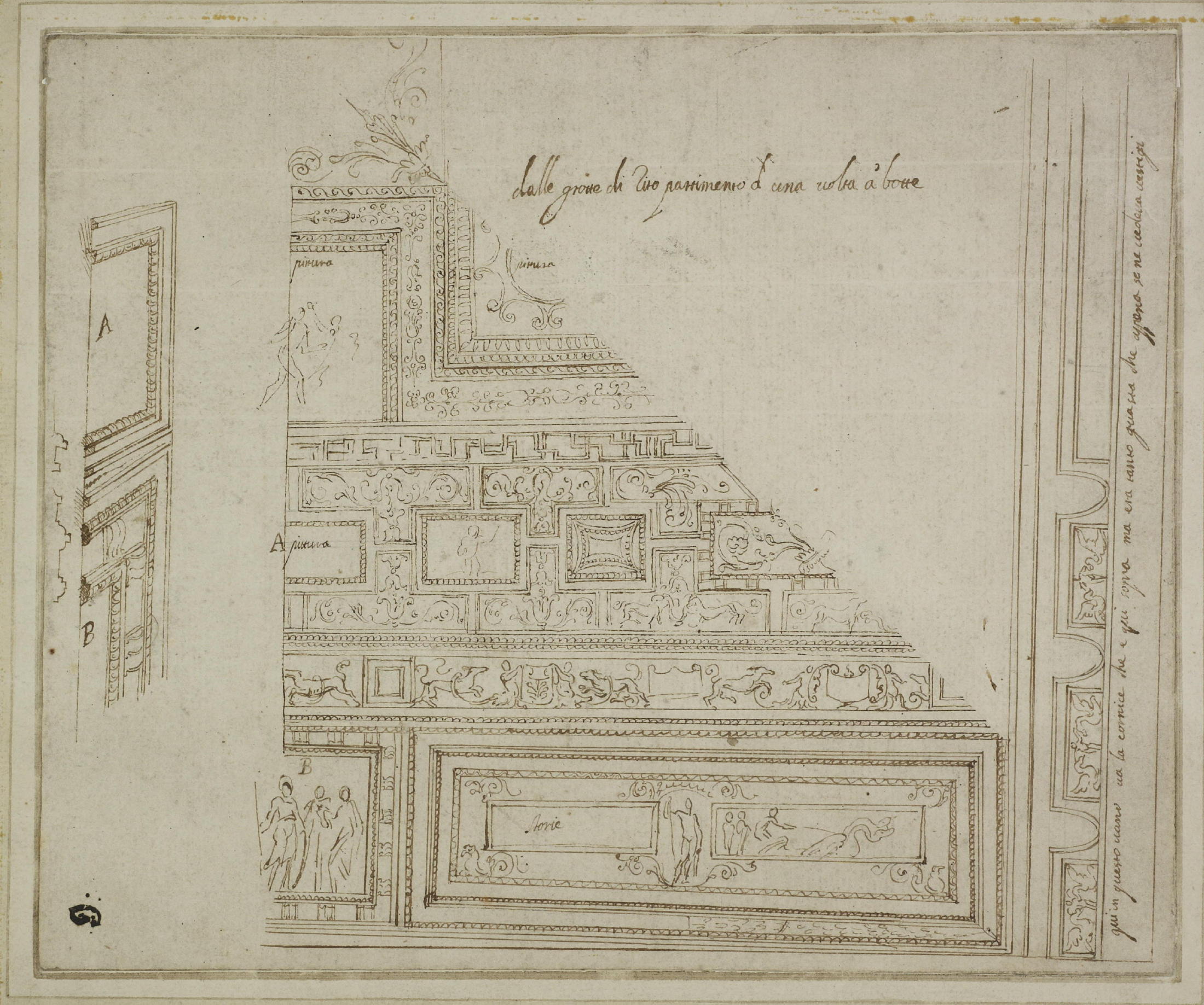 It has been suggested that this drawing could be by one of Perinos assistants, and the drawing does have similarities with the work of Luzio Romano2.

Luzio Romano or Luzio da Todi worked as painter and stuccatore. He is mentioned by Vasari as a garzone assisting Perino in stucchi and grotesque work in the Palazzo Doria, Genoa between 1528 and circa 1533, and later as assistant in the Castel SantAngelo circa 1545.

Comparable drawings by Romano were at Christies New York, January 24, 2001, lot 16 and Phillips London, December 7, 1994, lot 195. These were mainly figurative drawings, however the pen work is close stylistically.

A comparable drawing of a ceiling was on the market in1983 at Baskett and Day, which was close to one the ceiling designs at the Vila dEste, Tivoli.3

This is catalogue Number 2, in the on-line e-catalogue of 'Drawings, Prints and Paintings from the Collection of Professor Raymond E. Pahl, FBA (1935-2011)', see here for the catalogue.

2.P. Pouncey and J.A. Gere, Italian drawings in the Department of Prints and Drawings in the British Museum, Raphael and his Circle, London, 1961, no. 186 (as Assistant of Perino del Vaga [Luzio Romano?]), plate 155.