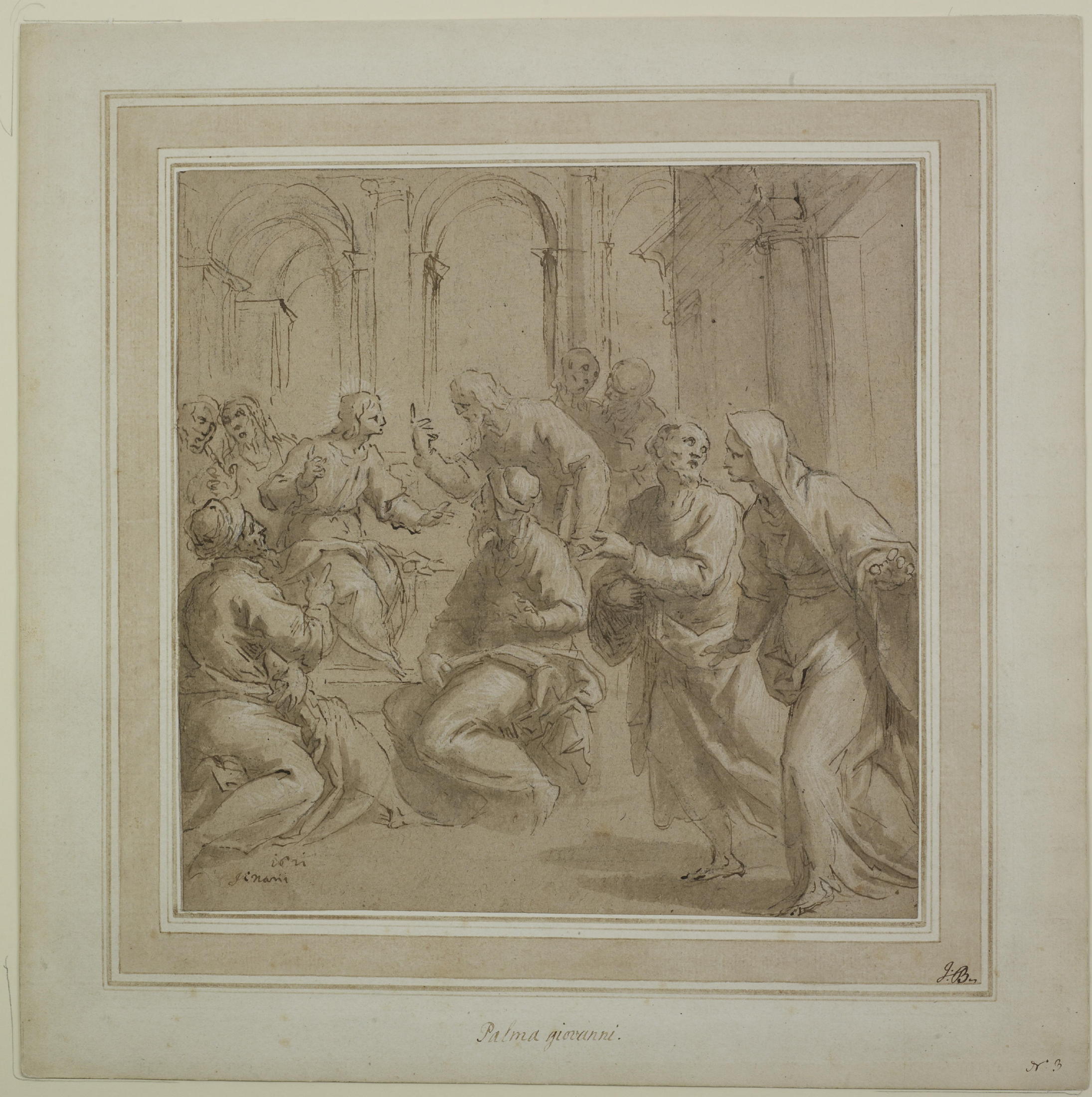 Jacopo Palma, the great-nephew of Palma Vecchio, was born in 1548 and not in 1544 as previously thought. According to Carlo Ridolfi Palma was set to drawing by his father Antonio Palma (circa 1515-before 1585). As a young man Palma went to work for the Duke of Urbino but returned to Venice circa 1570, when he found a position in the studio of the elderly Titian. By 1578 his reputation was such that he was invited to share, along with Tintoretto and Veronese, the painting of the three major fields of the ceiling of the burned Sala del Maggior Consiglio in the Palazzo Ducale. According to Roger Rearick from Titian he learned how to use black and white chalk; from Tintoretto a ductile and expressive black chalk line and from Veronese the lightning-fast use of pen and tensile line.

The present drawing was drawn seven years before his death and is a drawing by Palma as a mature artist. Palma dated many of his drawings, possibly as a matter of pride, to show that he could still draw well as an elderly artist-this was something that many artists were unable to do.

Rinaldi mentions one painting of the same subject, dated some 40 years earlier to our drawing, in the Museo Civico, Bassano del Grappa. It is interesting to note that the square format is retained in our drawing, and that the dias on which Christs sits has been lowered.1

This is catalogue Number 16, in the on-line e-catalogue of 'Drawings, Prints and Paintings from the Collection of Professor Raymond E. Pahl, FBA (1935-2011)', see here for the catalogue. 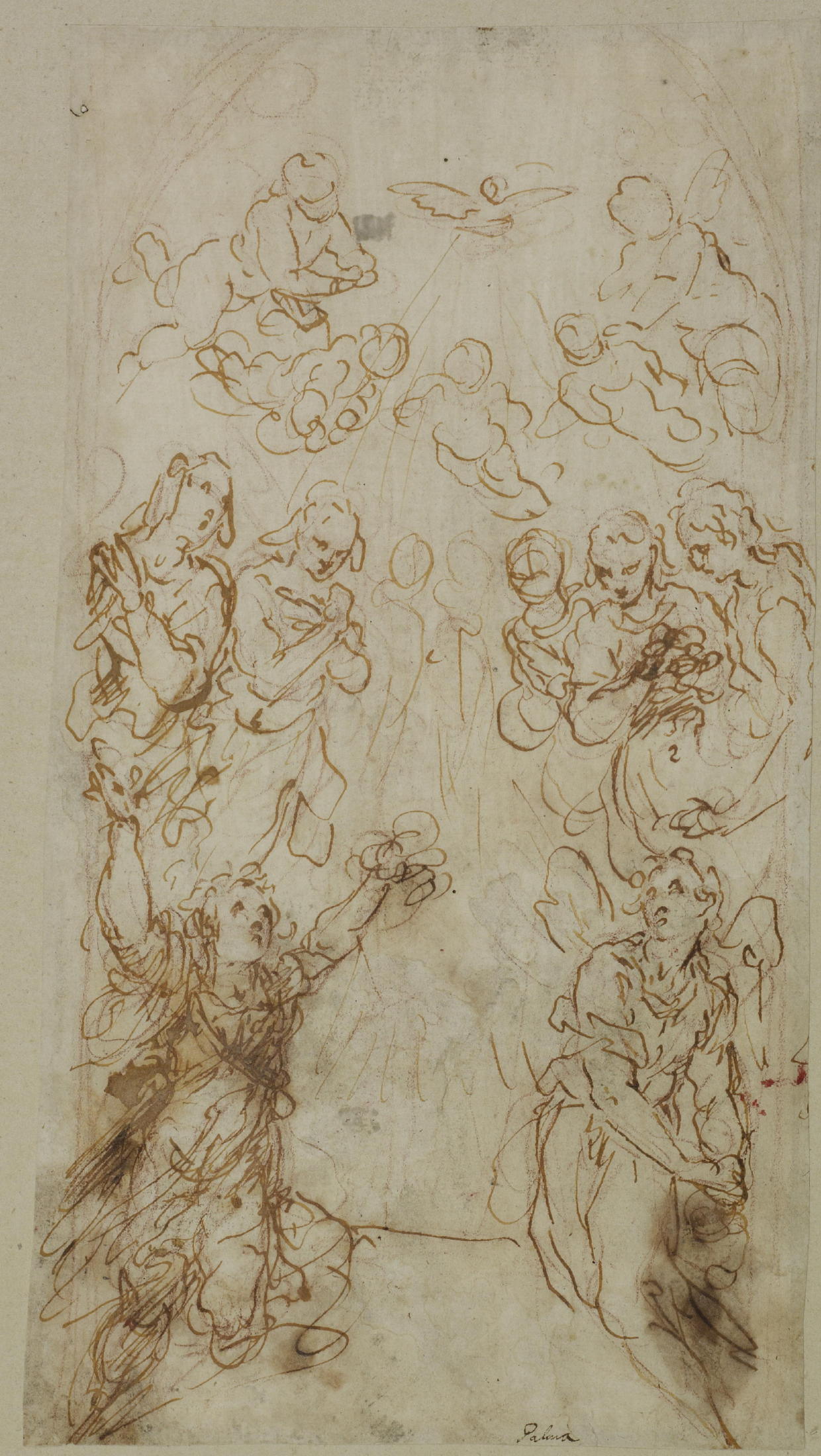