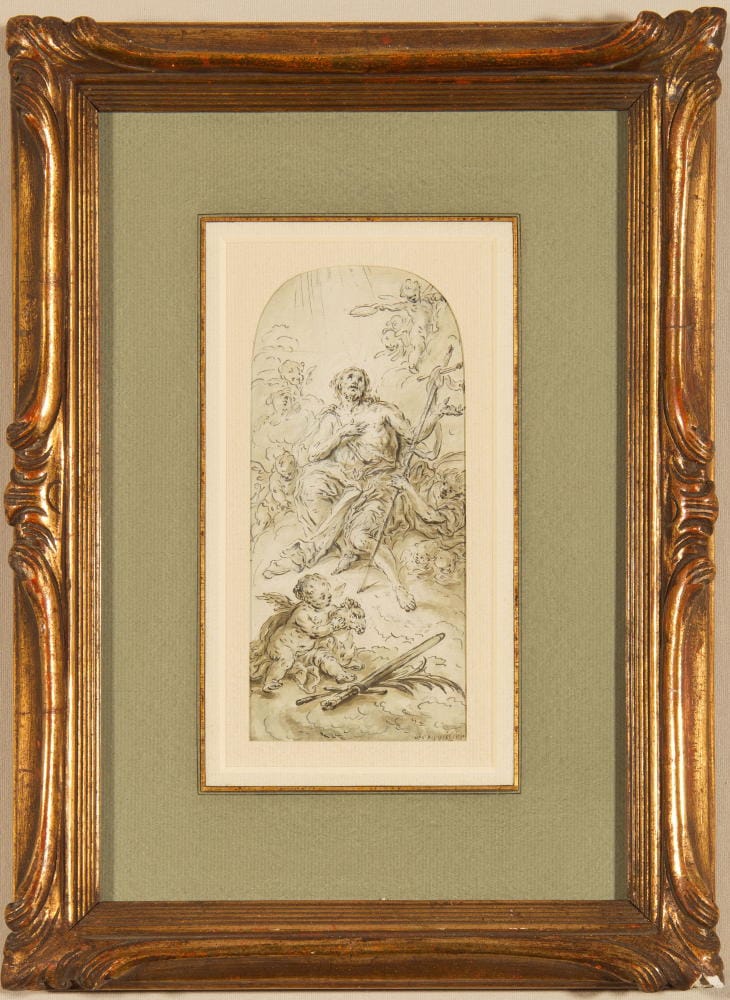 Enderle probably was trained by a painter from Sflingen and he finished his traineeship under his uncle Anton Enderle (1700-1761) in Gnzburg. His painting style indicates a later stay in Augsburg as well. In 1750 he worked together with F.M. Kuen (1719-1771) in Mindelzell. 1755 he married and got his master certificate in Donauwrth. From here he started a prolific period of work as a painter of frescoes and altar pictures in Bavaria, Swabia, Mainz and its surroundings.

Our drawing is stylistically comparable to two drawings by Enderle in the Metropolitan Museum of The Virgin and Saints Interceding before Christ for the Souls of the Lost, and Design for a ceiling fresco with scenes from the life of Saint Barbara.1