Antonio Senape is one of the most prolific Italian vedutisti from the first half of the 1800s. While there is a great quantity of his drawings there is very little known about his life: his art is not mentioned in biographies and has been studied very little even in monographs on nineteenth century landscape painting. His year of birth, 1788, is from a document from 1815 that was found recently where Senape himself declares to be 27 years old and a resident of Rome. That he lived to the 1850s is certain from the many pictures he did of buildings constructed at that time. In one of his pictures of the Gulf of Naples you can see the Napoli-Portici railway line that was inaugurated in 1839. One of the first in depth studies on Antonio Senape was written in 1988, in the occasion of a show of his work held in Rome. Together with another show in Naples at the end of 2006 dedicated to the Campi Flegrei, there have been other updates on this interesting yet mysterious artist who was a protagonist on the nineteenth century landscape painting scene. Help in reconstructing some moments of the artists life comes from the numerous inscriptions that he wrote on his drawings, that indicate the place, his name, the address where he was living at the time and sometimes even the date in which he did the drawing. This was a habit amongst contemporary gouache artists and it seems that it was in some way useful in the selling of the works. Senape himself informs us of his work as a restorer and as of a teacher of disegno con la penna, pen and ink drawing, as we can read from an inscription inside one of his albums. Probably his pupils were tourists who liked the landscapes he had done. Probably teaching was a sideline as he was already quite busy doing vedute on commission. While he was born in Rome, Senape felt closer to Naples, even though he lived and painted all over Italy and all the way to Switzerland. A precious witness to his travels is an album of over 100 original drawings, the most important collection of his work found to date and almost certainly the product of a long Grand Tour done as part of the entourage of a particularly fastidious client. This collection of landscapes, that was in a collection in California until 2001, is extremely interesting: in 1930 in was shown at the Huntington Institution in San Marino, California attributed to Joseph Mallord William Turner, an improbable ascription but one, as we will see, that is not without some interesting comparisons.

Other Artworks By Antonio Senape 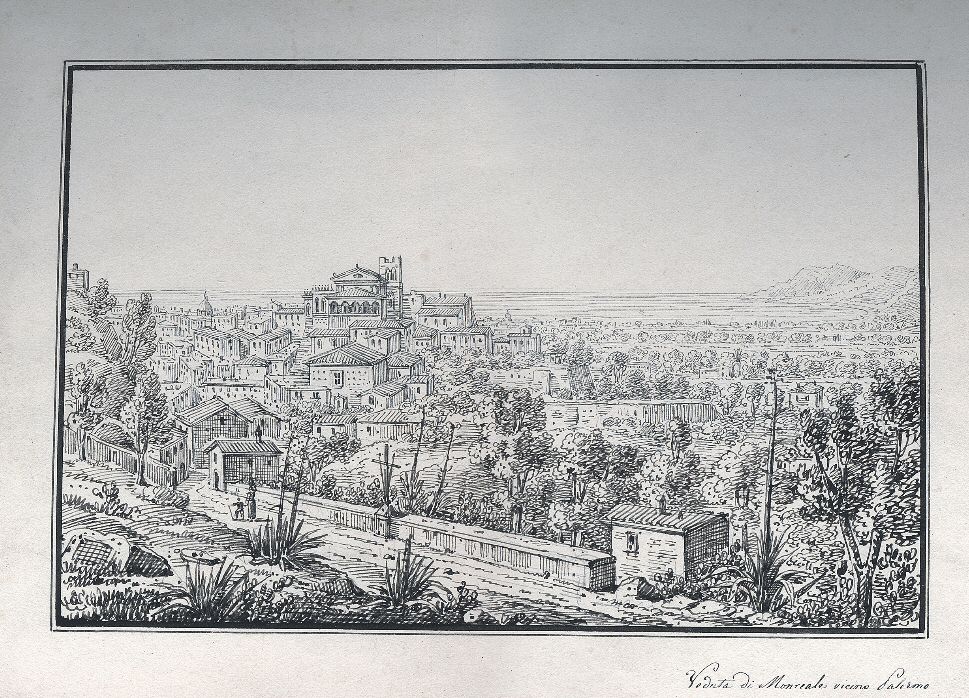 Antonio Senape
A View of Monreale, near Palermo
SOLD 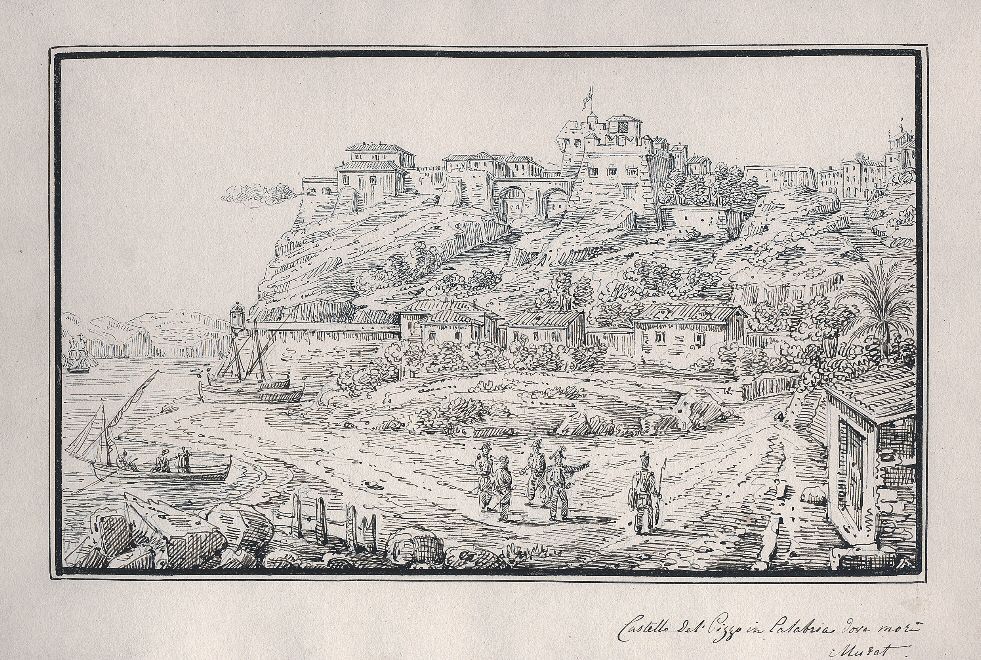 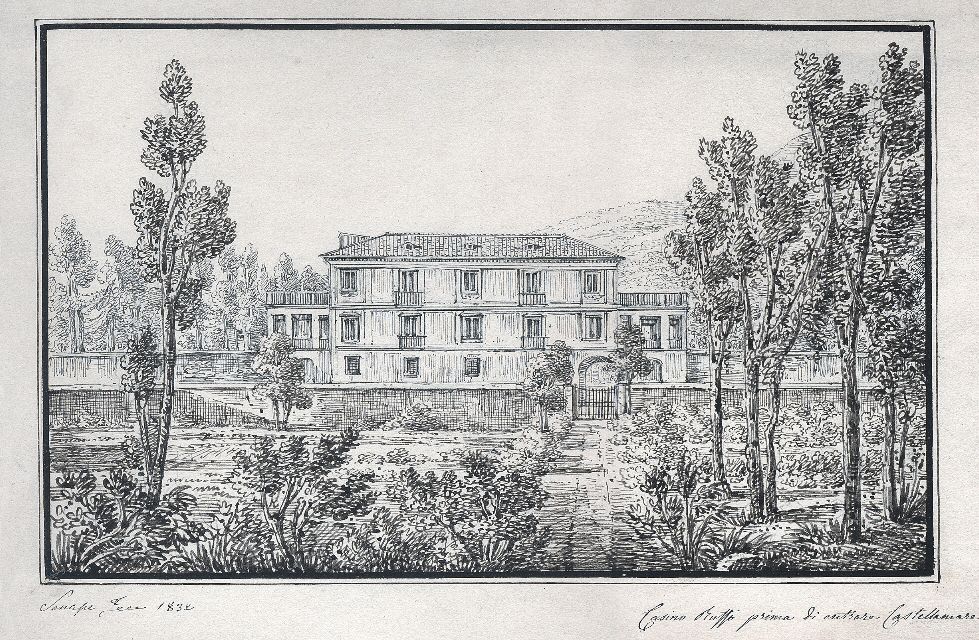 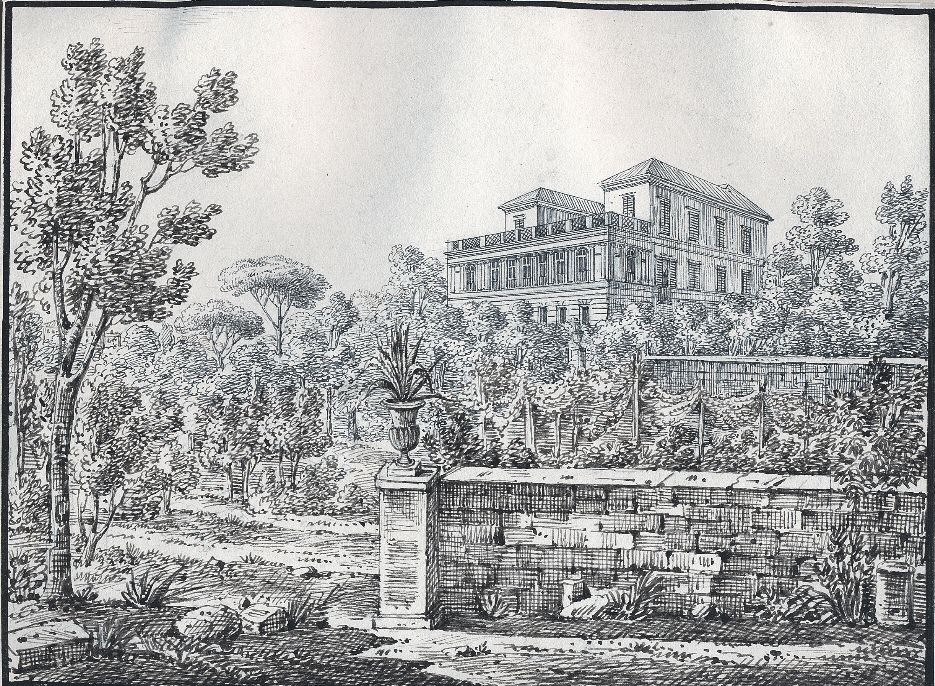 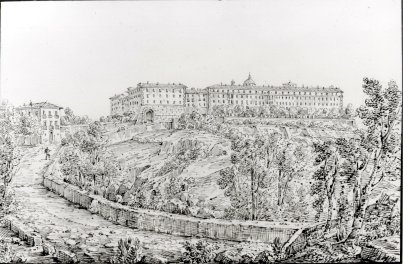 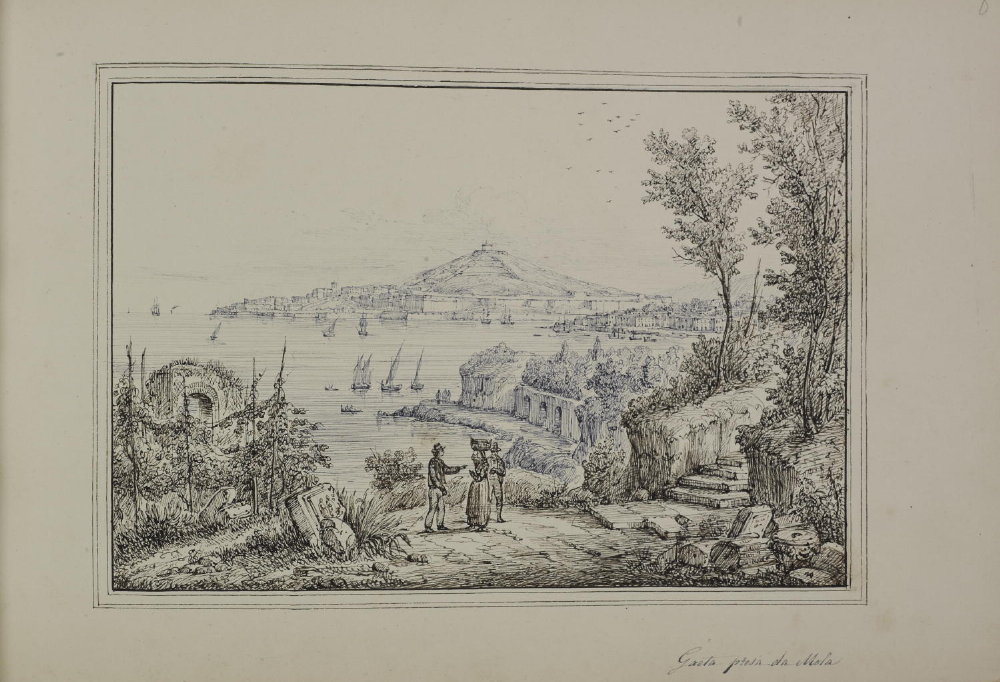 Antonio Senape
View of Gaeta from the Mola, near Naples
SOLD 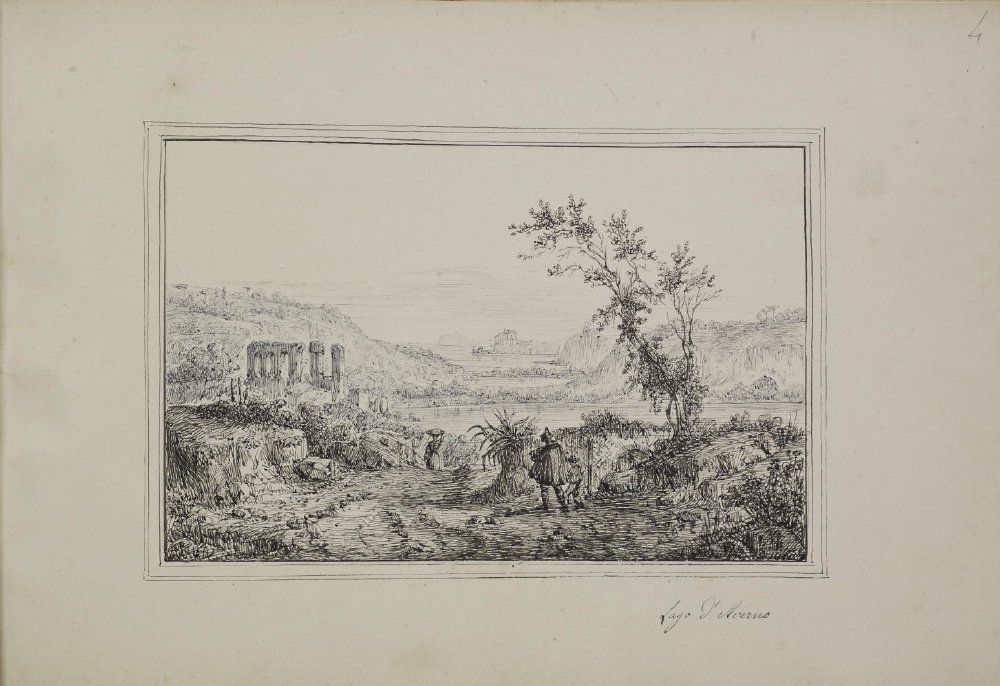 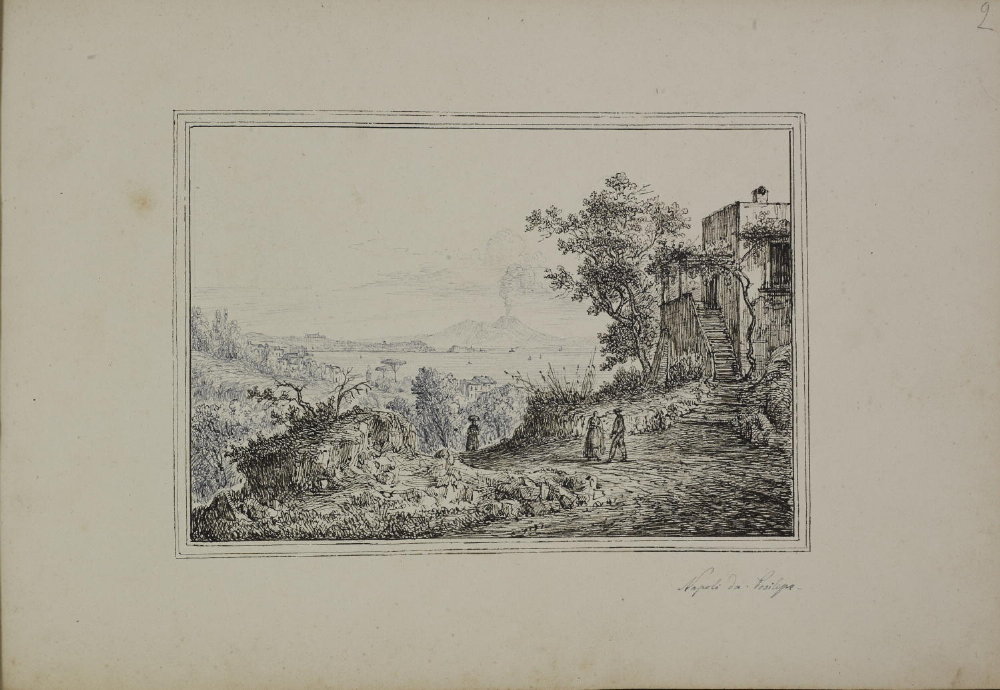 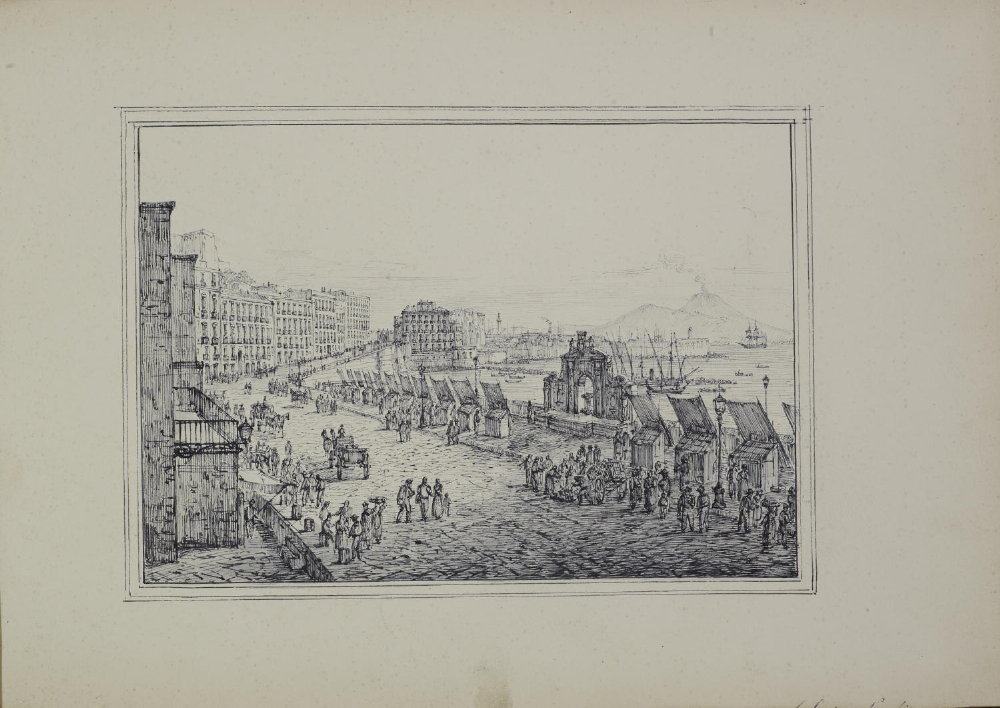 Antonio Senape
View of Naples with Vesuvius in the distance
SOLD 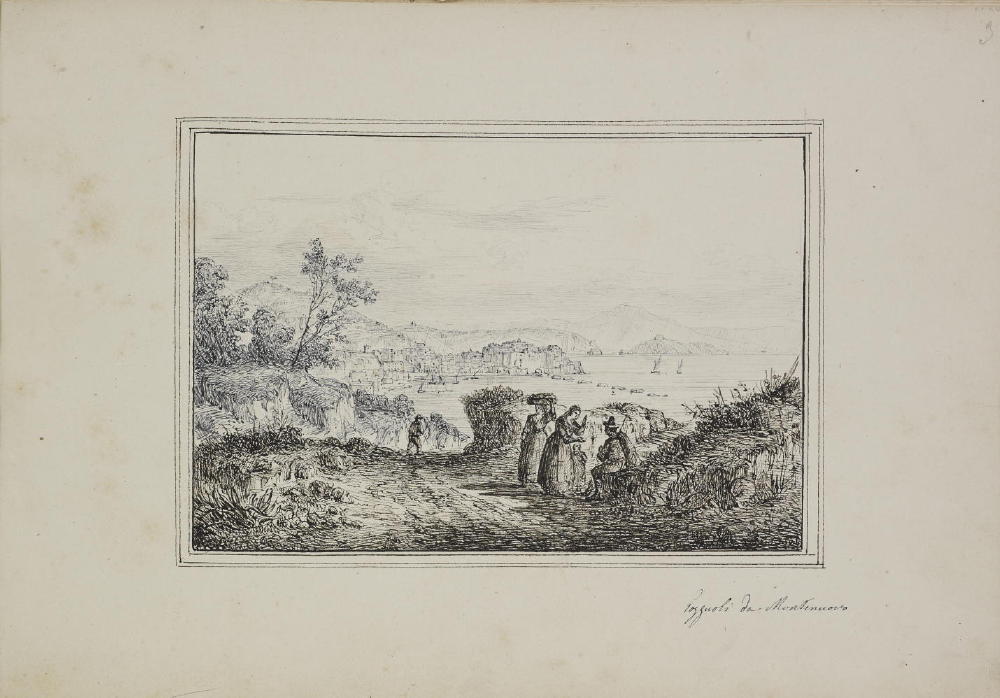 Antonio Senape
View of Pozzuoli from Montenuors, near Naples
SOLD